skip to main | skip to sidebar

Found exhaust valves and seats show signs of exesive heat. allong with glazed cylinders and huge wear in rings. I haven't till now rebuilt the engine but I did clean out cooling fins and check tappet clearances. so I suspect all this wear was caused by overheating. Main problem is that when the cylinders and cylinder head fins block up with grass seed, dust, dirt, rocks and any oil leaks from the head bolts, push rod tubes. As the build up incleases the airflow past the cylinders decreases and takes the path of least resistance through the oil cooler. 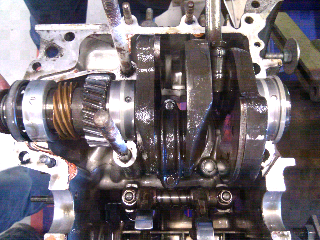 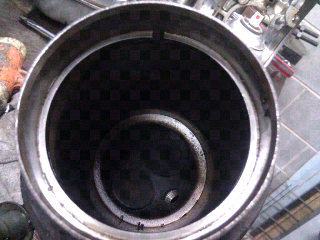 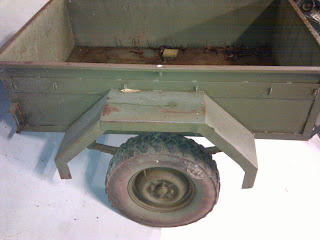 Now that the hafi is on the road why not start on the original haflinger trailer to go with it? 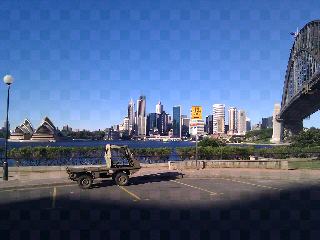 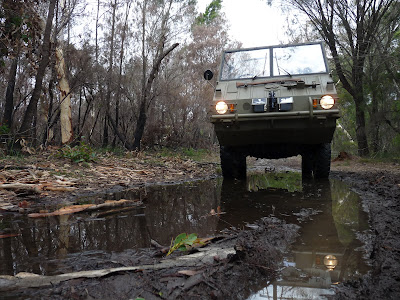 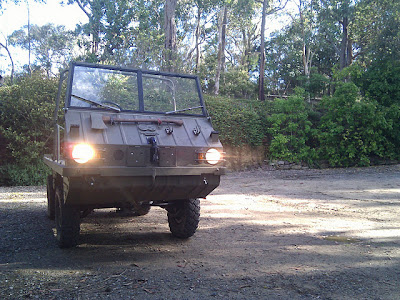 Its been just over two years and one month since buying the little truck, finally the first ever drive of my haflinger. 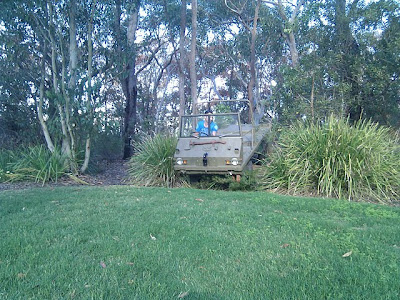 now just a few more minor things to do before registration. 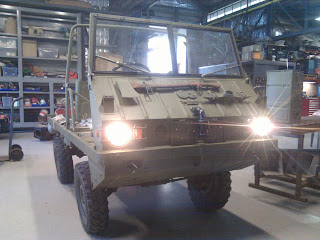 out of sequence photo 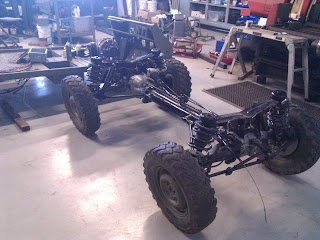 So my steering box received a new caster wheel shaft as the old one had some pitting on the flanks. The old bushes in the housing and in the aluminium cover where a little worn so I popped them out and machined up some new plain bearing. 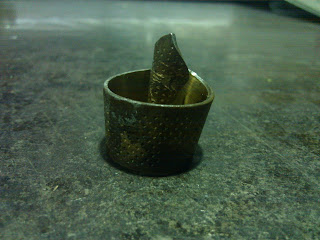 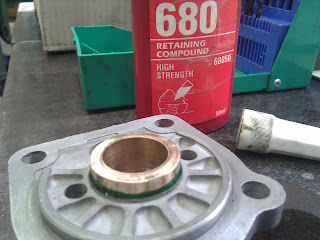 setup your job in a lathe, machine a little of the aluminium out to clean out the remains of the dimples from casting and machine the OD of a bush to suit (see photo above). I would recommend the smallest interference fit you can manage as its very thin walled aluminium you'll be pushing it into. I then also used a retaining compound to minimise any chance of turning in the housing. To make the ID concentric to the main housing's bearing, setup the aluminium backing plate using the spigot and face of the flange, then bore out.

The main steering housing
The bearing for the housing is a little simpler. measure the bore, machine the bearing with a interference fit on the OD (i still used a retaining compound) and a tad undersize on the ID maybe .02 ø and then ream out to desired clearance.

Note
make sure that when you box it all up the caster wheel shaft doesn't become tight when the backing plates spigot is pulled up. if it does! you can do it all again! ; )

The end float on the driving spindle should be checked even if it has not been changed. I found mine to be have a end float of .2mm! 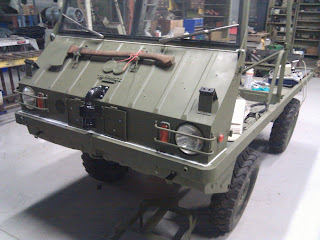 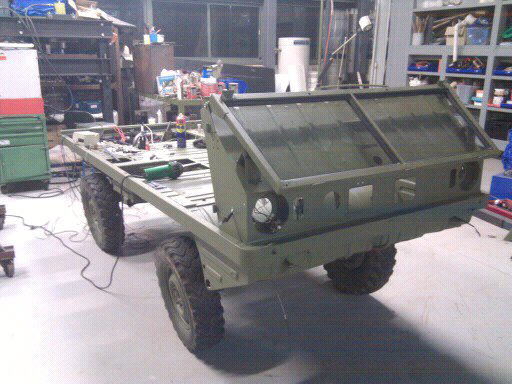 After 1st coat of primer

Pressure plate spring shoes made from Bakelite showing cracks and needed replaceing.
So.. no one supplying these I made some. Bakelite rod wasn't easy to find but with the donation of some plate I made these.
Back from blasting.
Posted by TYGA at Saturday, November 13, 2010 No comments:

Off to be blasted!

rust around/ under seat brackets

1st test of the protect paint that i will use. colour spot on!

removal of material to stop CV from rubbing as described in steyr workshop update. 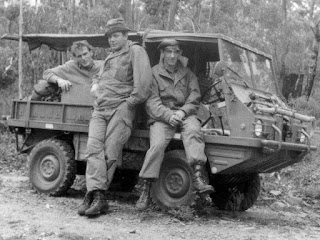 This is what the hafi will look like when it's finished. 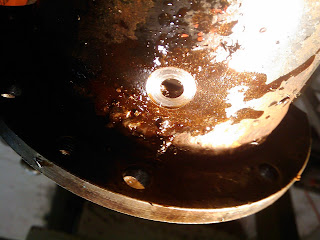 Due to water and oil getting into the centre tube the bearings and seals are being replaced.
Question is how did the oil/water get in? with only a 'drain' (as described in the parts book) plug at the top of the tube.
To drain any future liquid from the tube. I have now drilled two drain plugs which are protected by being under the front and rear skid plates.
Note: two drain plugs are required as the centre bearing would trap liquid either side of the tube.
Posted by TYGA at Wednesday, December 30, 2009 No comments: 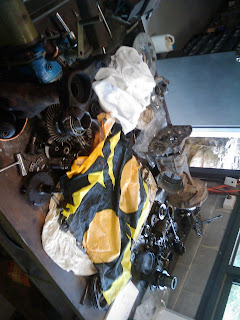 (Dave is the head engineer of this rebuild. thanks Dave!)
Posted by TYGA at Monday, December 28, 2009 No comments: 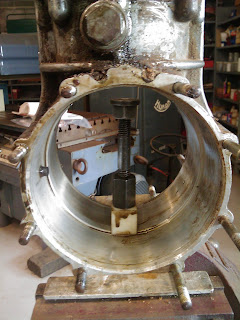 removal of pin from diff.

(pin has already been removed.)

block of plastic to protect housing and then just turn nuts and pin should come out easy.
Posted by TYGA at Monday, December 28, 2009 No comments: 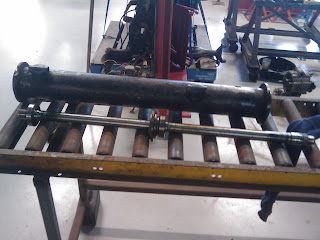 Centre tube removed, will be sand blasted and painted soon.
Posted by TYGA at Monday, December 28, 2009 No comments: 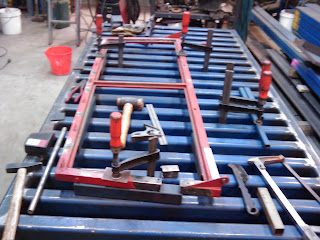 windscreen damage.. so hit with hammer, cut and weld.
Posted by TYGA at Monday, December 28, 2009 No comments: